COVID-19 Omicron: What Some Of the Infected Countries Are Doing to Stop the Spread 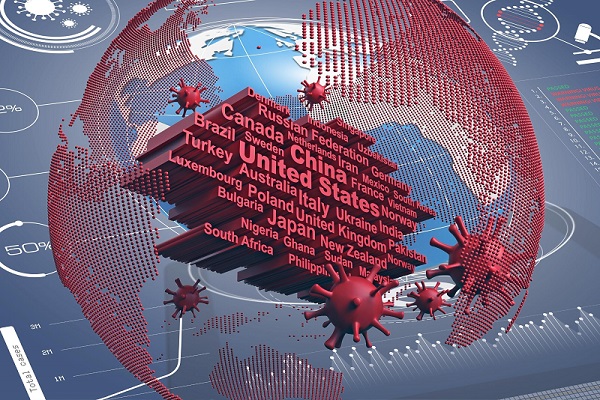 When reports of a new Covid-19 variant (Omicron) surfaced in South Africa last November 26, health organizations and vaccine-makers scrambled to find out more about this new variant.  The primary focus of their urgent work was to search for answers about whether Omicron would be as severe as the Delta variant, and if current vaccines would be effective against it.

A couple of weeks have passed, and if you’re just starting to learn about the Omicron variant, here’s what we can tell you:

CDC Director Rochelle Walensky said in a recent interview: “While we are still working to understand the severity of the Omicron variant as well as how it responds to therapeutics and vaccines, we anticipate that all of the same measures will at least, in part, provide some protection against Omicron.”

With multiple countries and the number of infections expected to rise in the coming days, you probably have lots of questions: How have the daily movements of people in affected countries changed in recent weeks? Is another lockdown coming? What are local governments doing to stop the spread? Is there a need to cancel any vacation plans?

We understand that you might feel anxious and curious at the same time. This article aims to illuminate the steps being taken in various places around the world to control the spread of the Omicron variant.

First detected in the country on November 29, Australia has seen a rise in Covid-19 Omicron cases with 64 cases confirmed to date – this number being expected to rise in the coming days. They also report that the spike in infections has been attributed to individuals who recently went partying at Newcastle’s Argyle House nightclub.

Are there any travel restrictions?

Israel took drastic action as the only country to close all its borders to foreign travelers for 14 days starting on November 28 while locals are required to self-quarantine.

This move came after hearing the Omicron variant had been detected in the country, with seven more cases suspected.

The World Health Organization (WHO) reports that the number of Covid-19 cases has increased by 111% from November 29 to December 5. No further details were disclosed on whether the infection is of the Delta or Omicron variant. A more glaring problem ongoing in South Africa has been its low vaccination rate of only 25.2% of the total population.

The only good news? Studies continue to show that the Omicron variant is less severe compared to the Delta variant after officials analyzed over 78,000 cases in the past month. The data shows that, at a crude rate, the number of hospital admissions is a third fewer than Delta but these numbers could change as the majority of people infected have been in younger generations.

As the first country to report a death linked to the Omicron variant, Prime Minister Boris Johnson has laid out a new framework for battling the virus – urging UK citizens to get vaccinated and receive their booster shot when applicable.

What steps have been taken in trying to stop the spread?

With reports of the number of cases possibly reaching 40,000 by the end of the month, these new restrictions will aim to stop the spread of the virus while simultaneously maintaining economic activity.

Initially detected on November 29 – in a California man who returned from South Africa on November 22 – since then the variant has spread to more than 30 states in the country:

To date, there have been a total of 159 cases of the Omicron variant, with cases expected to rise in the coming days, especially with 43 of those coming on December 11 alone as reported by the CDC.

Are there any travel restrictions?

On December 2, the Biden administration announced the following changes for incoming visitors which came into effect on December 6:

What are health officials urging citizens to do to help curb the spread?

Primarily, to get their booster shots. Reports have surfaced that all three U.S. authorized vaccines are significantly less effective in fighting Omicron, but a booster shot will likely restore most of the protection.

Vaccine-maker Pfizer-BioNTech said in a recent press conference that a three-shot course of their vaccine would neutralize the Omicron variant, while only two doses resulted in significantly lower neutralizing antibodies but could still protect an individual from a serious infection.

They further went on to say that, if needed, an Omicron-specific vaccine would be available by March 2022 but would not be broadly available with only around 25 to 75 million doses ready at first.

This developing study may not have come as a surprise to many, especially given that Moderna CEO Stephane Bancel predicted the current Covid-19 vaccines may be ineffective against the Omicron variant. However, this does shed some light on what’s been an obscure topic in recent weeks as health organizations urge countries to encourage their citizens to get a booster shot immediately, and consider shortening the period between the 2nd dose of the vaccine and a booster shot from six months to three months.

Moderna and J & J have yet to release data from their studies on the efficacy of their vaccine from the Omicron variant but are expected to do so in the coming days or weeks. 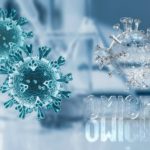 What You Need To Know About Omicron, A New COVID “Variant Of Concern” Prev post
Here’s What We Know About The Omicron Variant in NYC Next post 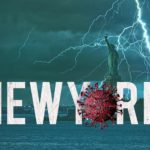