What’s Keeping Others From Getting a COVID-19 Vaccine? 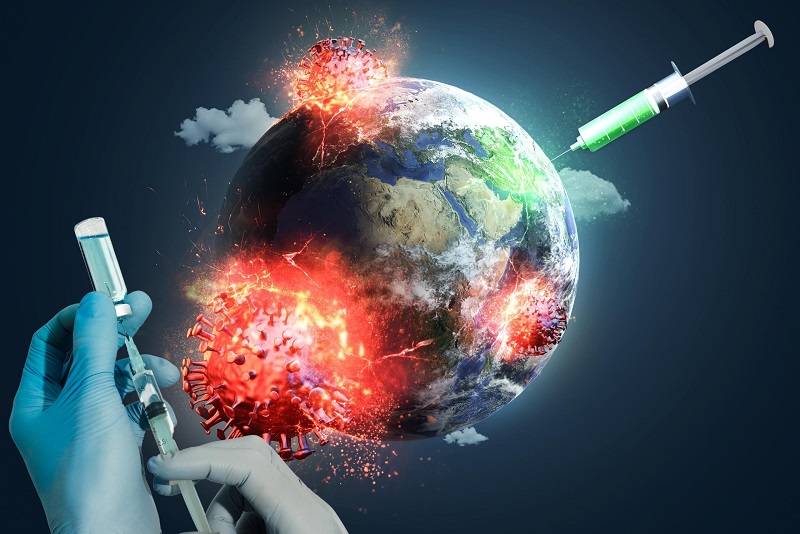 It’s been almost two years since the World Health Organization (WHO) declared the COVID-19 virus a Public Health Emergency of International Concern. This was ascribed to the number of fatalities attributed to the COVID-19 virus, which had risen to 171 by January 30, 2020.

Fast forward to today, the number of fatalities has ballooned to 5,542,359 as of this writing, with more on the way most likely caused by the Delta and Omicron variants.

In the United States alone, the number of cases has eclipsed 65,000,000, with fatalities at 857,493, the highest recorded death toll by any country in the world.

So, what’s caused the pandemic to extend beyond what was initially expected? It’s hard to pinpoint, but one of the culprits has been the refusal or hesitancy by some to get vaccinated.

When the Food and Drug Administration (FDA) initially approved the Pfizer vaccine for emergency use authorization in December 2020, the WHO even went on to say that the vaccines will play a critical role in ending the COVID-19 pandemic once and for all.

When news of this surfaced, it received mixed reactions. Some were ecstatic about this discovery, while others remained skeptical.

Today, eight vaccine-makers have been approved by at least one authority connected to the WHO, with five more still under assessment.

How have the vaccination numbers been? Only around 60% of the world population have received a single dose of a COVID-19 vaccine.

This now begs the question, What’s been the cause for hesitancy? Is the speed of how vaccines were developed causing their indecision? Are they waiting for another vaccine?  Or is it the latest mRNA technology?

So many myths and false information have circulated about the different COVID-19 vaccines:

In this article, we’ll discuss what makes people hesitant to roll up their sleeves.

What makes people hesitant to get a COVID-19 vaccine?

The trust that Americans have in the government remains low, as per the Pew Research Center. And it’s not just dependent on who’s at the helm, as percentages have rarely surpassed 30% on surveys ever since the 1970s.

This lack of trust has hampered vaccination rates, with only 64% of the total US population fully vaccinated as of this writing. That lack of trust can compel individuals to be more inclined to believe in false propaganda.

So, who do they trust? In a survey of those unvaccinated, 60% have said that they trust their local health professionals for all the latest information on COVID-19 vaccines.

Concerns over the possible short and long-term side effects of the COVID-19 vaccines continue to be the leading cause for people’s hesitancy to get vaccinated.

Another Canadian resident also went on to say that he does not want to be categorized as an ‘anti-vaxxer’, but rather expressed his concern on possible long-term effects, especially with so much still unknown as the number of years conducted on research and clinical trials have only been publicized for around a year or two.

According to the CDC, all vaccines can cause side effects — with most causing a mild reaction that is expected to resolve in a couple of days. With the possibility of rare adverse reactions from a COVID-19 vaccine, health authorities and experts continue to insist that the high reward far outweighs the minimal risks.

There has been much concern regarding the speed at which the COVID-19 vaccines and booster shots were developed. Some conspiracy theorists even thought the vaccines were only used as an experiment by the government or simply that the perceived lack of long-term research could result in adverse side effects.

So, what are these people waiting for?

The majority of those left unvaccinated will have multiple reasons for their hesitancy to get a COVID-19 vaccine, but one reason that holds for the majority surveyed is that they’re waiting for more information on the safety of the vaccine.

Here were some of the data gathered:

Some health experts don’t expect much to change, but maybe it would increase confidence and trust.

As Dr. Jesse Goodman, infectious disease specialist at Georgetown University Medical, said: “I think maybe on the perception side, some people who felt this was a quickly developed product, one used for emergency use, there might be some people who have more confidence in them once they are fully approved.”

What can we do moving forward?

There is no easy solution to convincing the rest of the population to get vaccinated. Some may be firm in their beliefs, while others may just be waiting to read certain information.

A recent report published by the Imperial College London’s Institute of Global Health Innovation (IGHI) stated that the major barriers regarding a COVID-19 vaccine continue to be about the side effects and the amount of research done on the vaccines.

One way to overcome these barriers is by providing more information on the history of vaccines, instead of talking about what could happen if you refuse to get the vaccine.

As medical doctor and global health researcher Dr. Mohammad Razai said: “We have to listen to people’s concerns, acknowledge them, and give them information so they can then make an informed decision.”

At the end of the day, no matter what approach may be used – incentives, government mandates, or even cash rewards – the ability to create trust and provide accurate and transparent information should be at the top of the list.

COVID-19 Vaccines: How Were They Developed So Quickly? Prev post
Basics Of COVID-19: What You Need To Know Next post